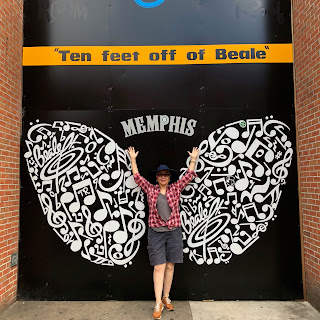 Walking in Memphis.
Walking with my feet ten feet off of Beale.
I'm afraid to listen to this fab Marc Cohn song again right now (though you really should, and can listen here) because I've just got rid of the earworm after a week. It played in my head the whole time I was, um, walking in Memphis.
It was both fun and challenging acting as Ping's personal photographer, chauffeur and tour guide to America. 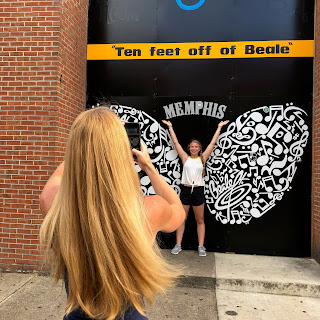 The romance of the road and the railroad, the highways and the riverways, hits me deep in the gut. I heart Americana. The open fields and amazing skies, the crops and canals and abandoned farms make my heart sing.
It doesn't sing to Ping. She got excited when she recognized a familiar brand name—Hampton Inns or CVS—something to cling to in this vast, unfamiliar landscape.